For about half of my working life Battersea Power Station dominated the view of the skyline from my office window, for around 14 of those years the power station was operational and smoke could always be seen billowing up from one or more of its chimneys.

In 1983 the power station was decommissioned and the great boilers went cold, the noise of the mighty turbines fell silent and smoke no longer billowed from the chimneys. 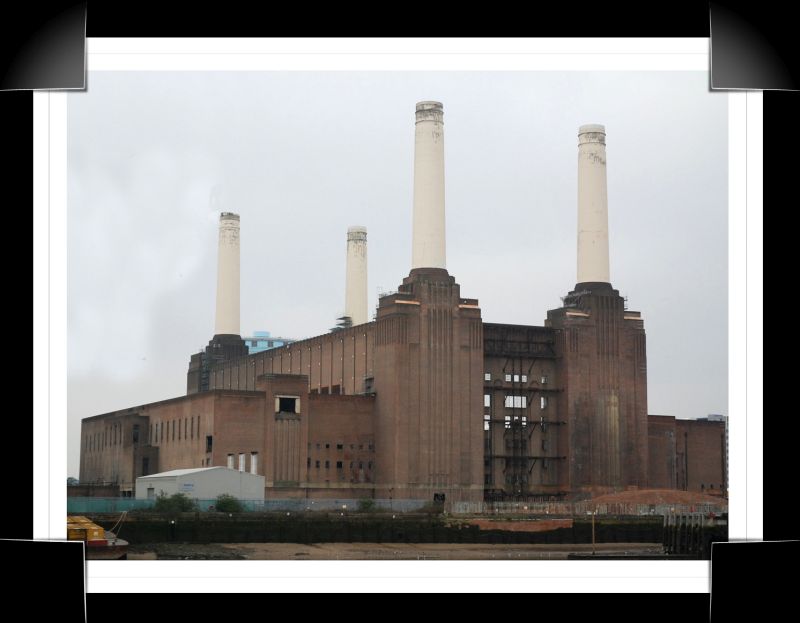 With its four distinctive chimneys Battersea Power Station remains an iconic part of the London Skyline, the building says “London” much as Tower Bridge, the Houses of Parliament or Buckingham Palace do.
Although it looks like, and is, one building it was built as two separate power stations, Battersea A, built in the 1930’s and Battersea B built in the 1950’s.  Among its claims to fame is the fact that it is Europe’s largest brick built building.

When it closed the question was “what do you do with such a huge redundant building?” Several schemes came and went and the building was eventually granted Grade 2 listed status meaning that it couldn’t be demolished and that its owners had to maintain and repair it, the biggest headache for potential developers being that the four chimneys were suffering from serious corrosion and were becoming dangerous.

After a few years working outside London I was back and my daily commute had me travelling in the train past the decaying shell of the power station and I started to wonder what it would be like inside.  Then in 2013 I found out that as part of the Open House London scheme the new owners would open part of the building.  This was too good an opportunity to miss and knowing how popular this opening was likely to be I set out to arrive in the queue around two hours before the opening time.  Looking at the building from the railway line does not give any real idea of the scale of the building, but once inside you cannot help but be impressed by the sheer scale of the place. 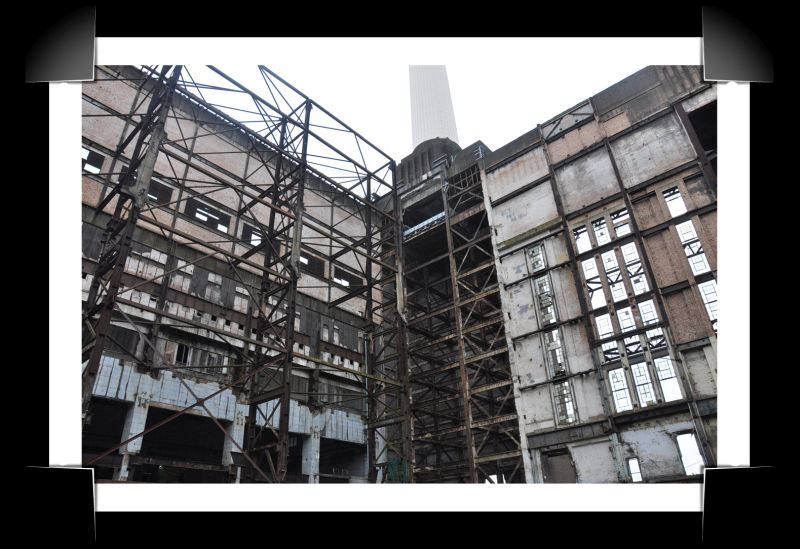 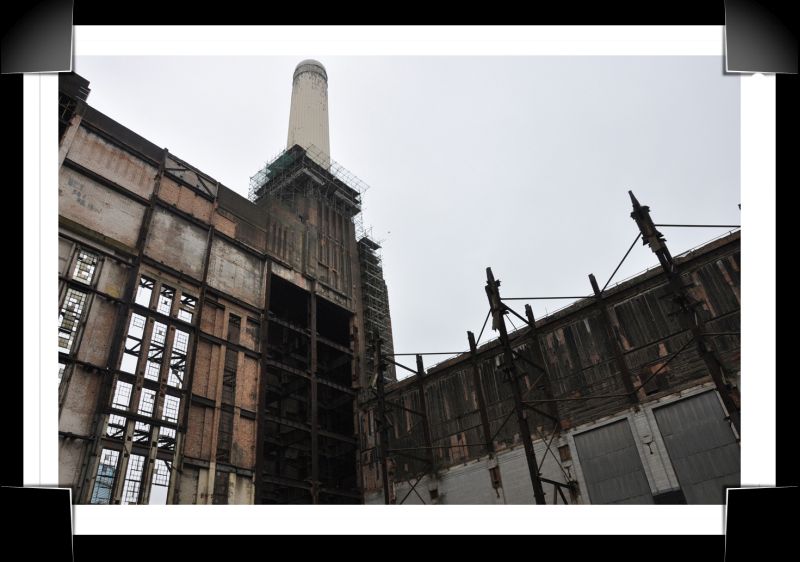 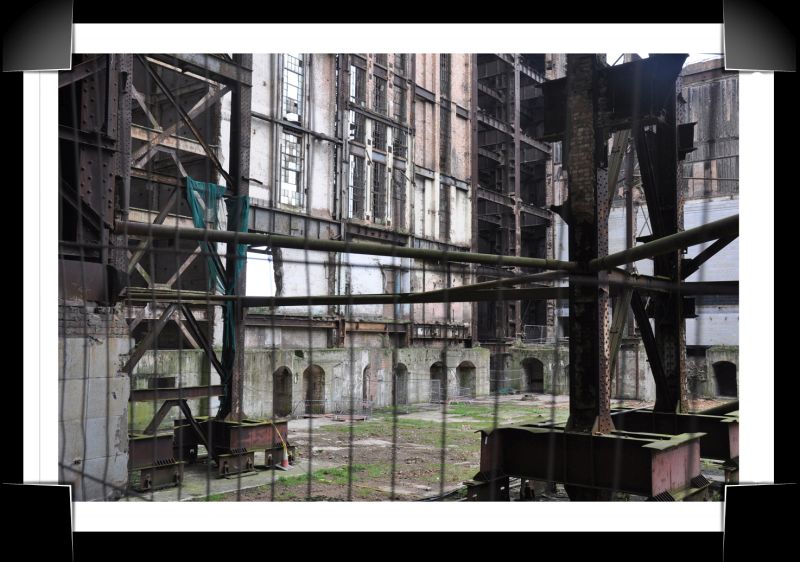 (the base of the rear chimneys)

We were only allowed into the boiler room and could look across into the vast turbine halls, the transformer and control rooms were deemed unsafe for a large number of visitors without safety equipment.  But where we were allowed to go still gave a lasting impression of the huge scale of the building. 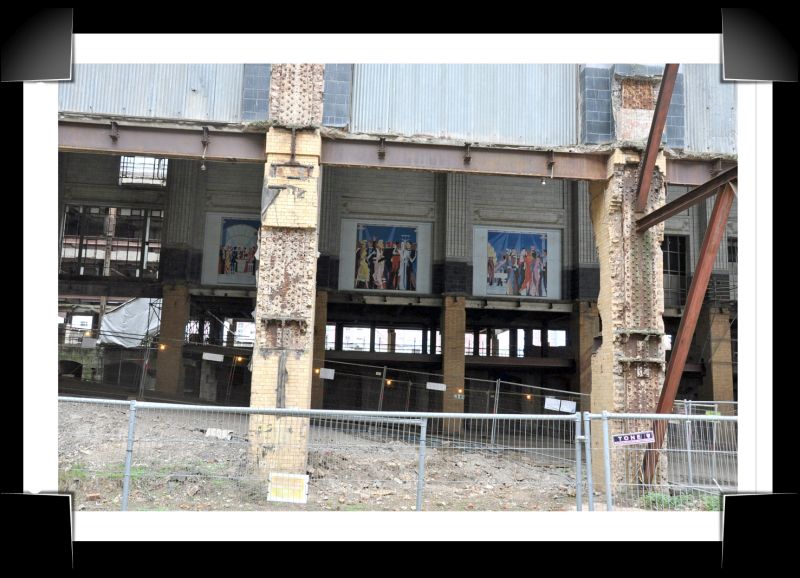 (Looking into Turbine Hall A. It’s amazing how this section of the art deco interior has survived.) 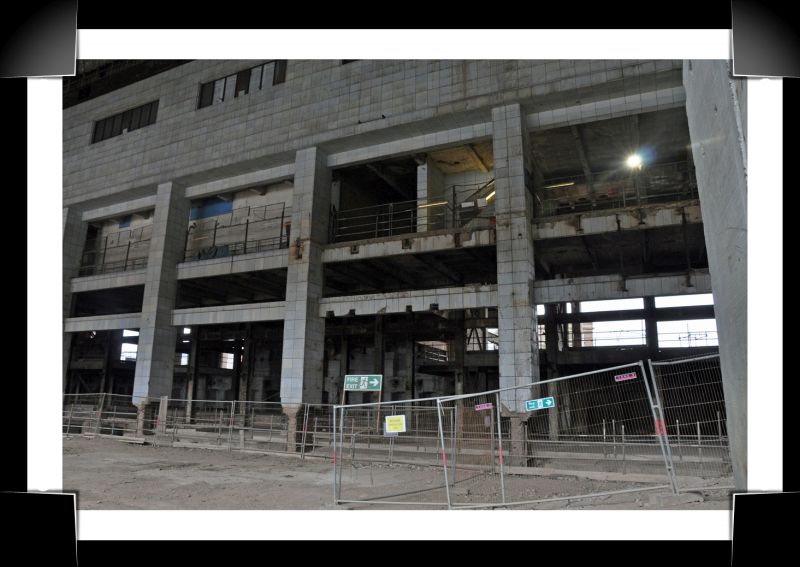 (The far wall of Turbine Hall B) 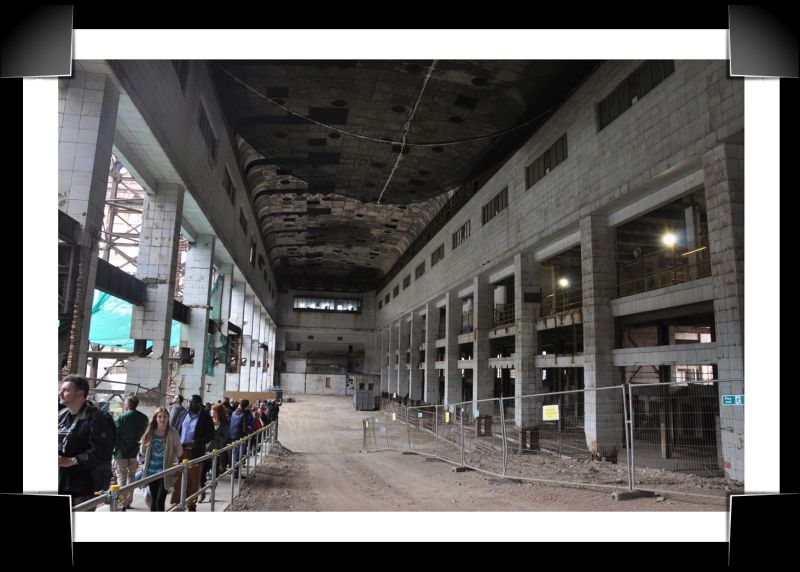 (Looking along the length of the vast Turbine Hall B.)

Over the two days it was open somewhere around 40,000 people had the opportunity to look inside but there were reports of hundreds who queued for hours and still didn’t make it to the entrance before closing time.  I just feel very fortunate, even privileged, to have been one of those who was able to get inside.

Today, the power station building is at the centre of a large redevelopment project that will see homes, offices, shops and leisure facilities while an extension to the Northern Line will provide the site with a connection to the London tube network.   The four rotting chimneys have been demolished and are being replaced by four new chimneys, which are being rebuilt as exact duplicates of the originals.  One of which will, apparently contain  lift to a viewing platform.