“Give my regards to Broadway” was the theme chosen by the Gloucestershire Warwickshire Steam Railway for their Cotswold Festival of Steam this year.
It might sound a rather odd choice of theme if you’ve not been following the GWSR’s major project to reopen the line from Toddington to Broadway, a project that has involved extensive repair work to the bridges between the two stations and the total reconstruction of the station at Broadway, British Railways having totally demolished the original after the line closed. 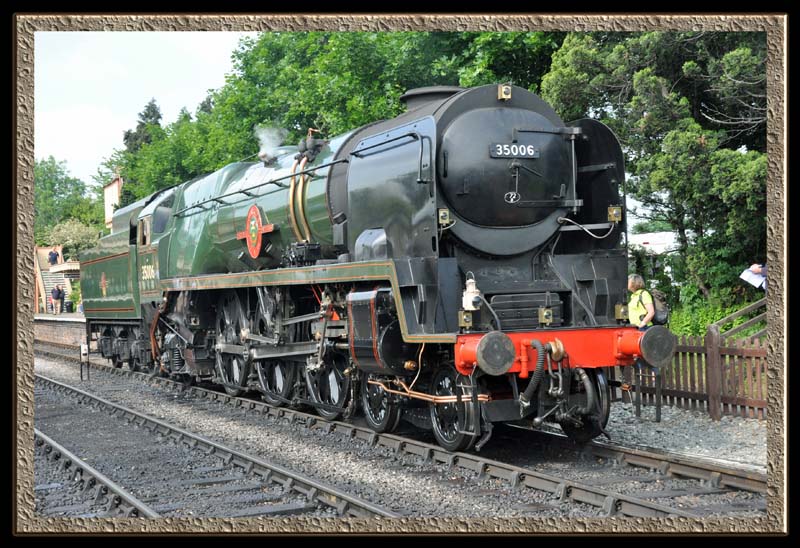 The reopening of the extension at Easter this year was the culmination of many years hard work by a dedicated band of volunteers. So it was only natural that the 2018 Festival of Steam celebrated the achievement.

For the event the railway lined up an impressive cast of guest performers:

Without doubt the star of the show had to be the King resplendent in its early British Railways blue express passenger livery. Which was the co-star would be a matter of some debate as each of the locos would have their admirers, but for many the choice would be the S160. 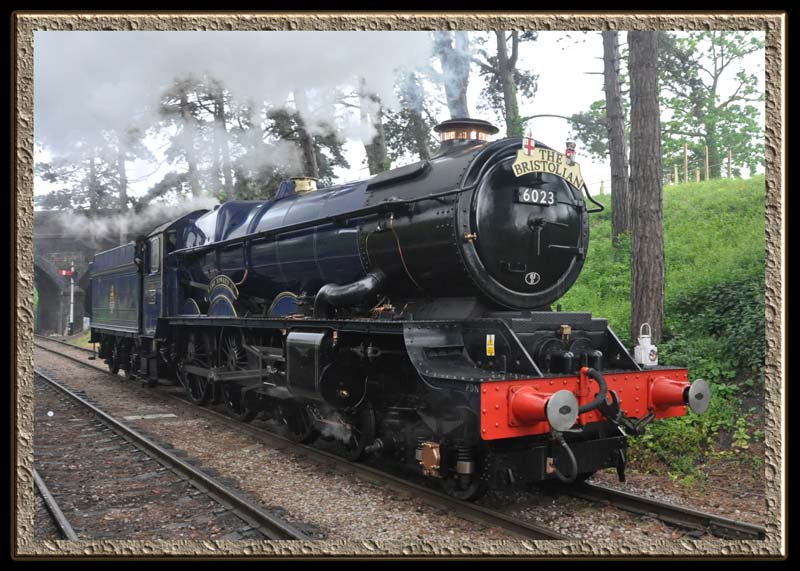 S160’s are a bit like Marmite, you either like them or you don’t, these large American no-nonsense Second World War austerity designs were built to haul heavy freight trains not to win beauty contests. The majority of them were shipped to Europe and beyond but some 800 of them worked on railways in Britain. Like them or not, the S160’s are impressive locomotives and provide an interesting contrast to British locos. 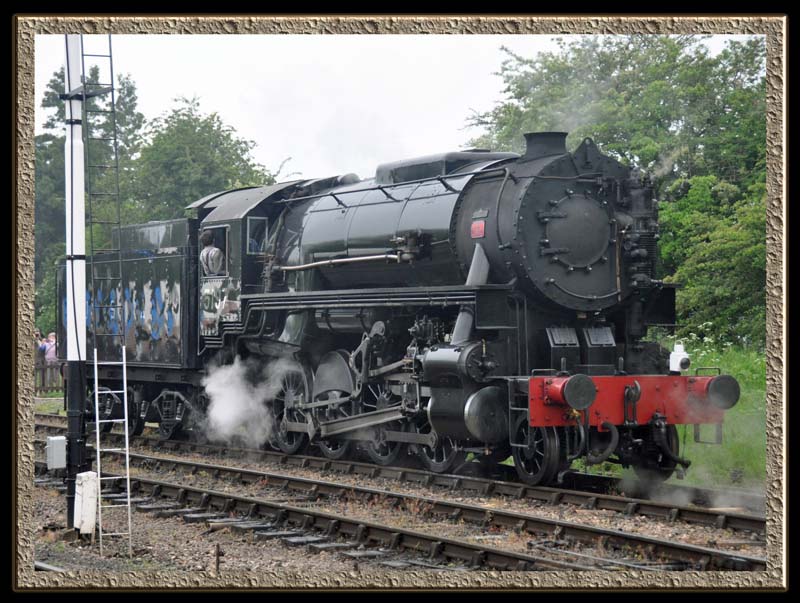 Unusually for an English Bank Holiday weekend the weather was quite decent, if you ignore the very misty start of the day and a short shower of rain on Saturday morning, but by mid-afternoon the temperature had increased to give us a pleasantly warm afternoon. 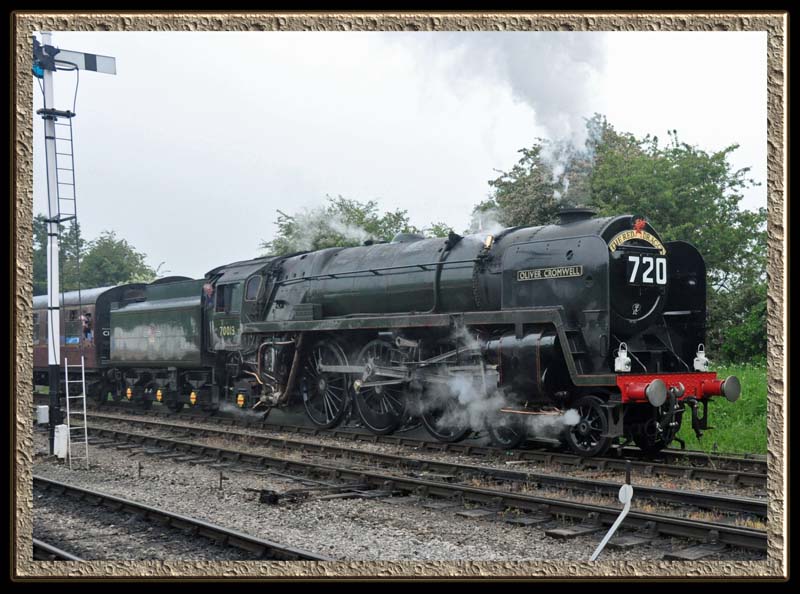 The first gala featuring Broadway station was clearly a big draw as nearly every train on Saturday, and quite a few on Monday, was full and standing even though there were two eight coach rakes and one 7 coach rake in use. The railway appeared to have every serviceable coach they had in use even to the extent of using their three car DMU, with its drive disconnected, as an additional train which was in the charge of GWR pannier no.6430. 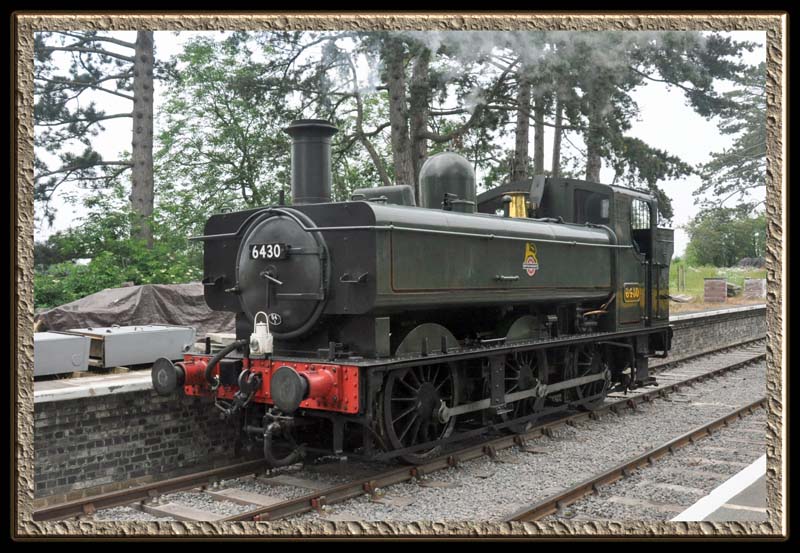 The timetable worked well on the two days I was there with no serious delays or late running. During a gap in the timetable at Winchcombe the GWR 28xx no.2807 kept everyone entertained by shunting up and down the station with a couple of wagons. 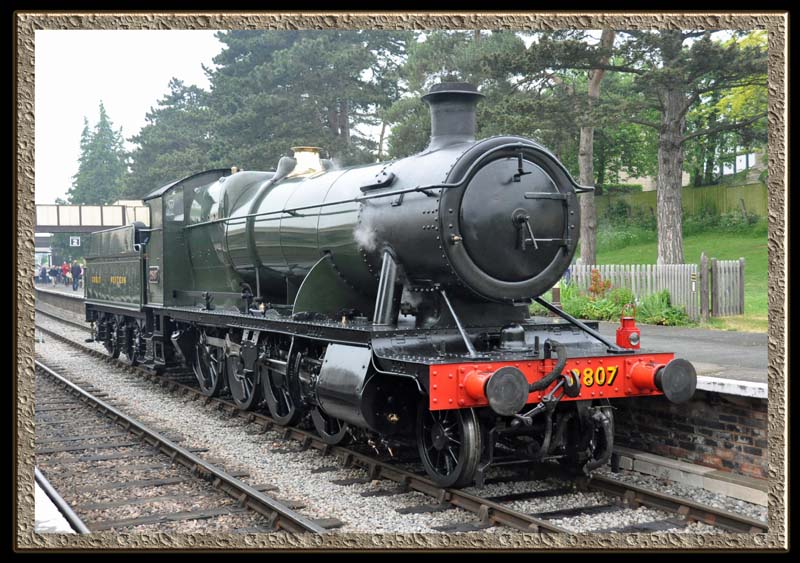 The North Gloucestershire Narrow Gauge Railway was also operating, but there was so much happening on the main line that I didn’t get the opportunity to ride on that this year. At Toddington there were several traction and showman’s engines on display, both full size and miniature, there was also an impressive fairground organ. 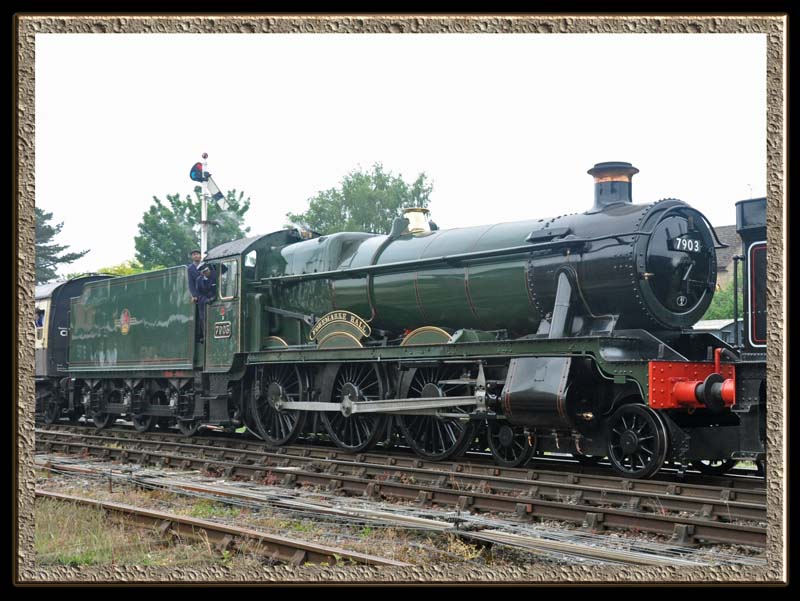 A lot of planning and organising clearly went into the gala and all those involved in the planning and operation should be congratulated for putting on such an enjoyable event. 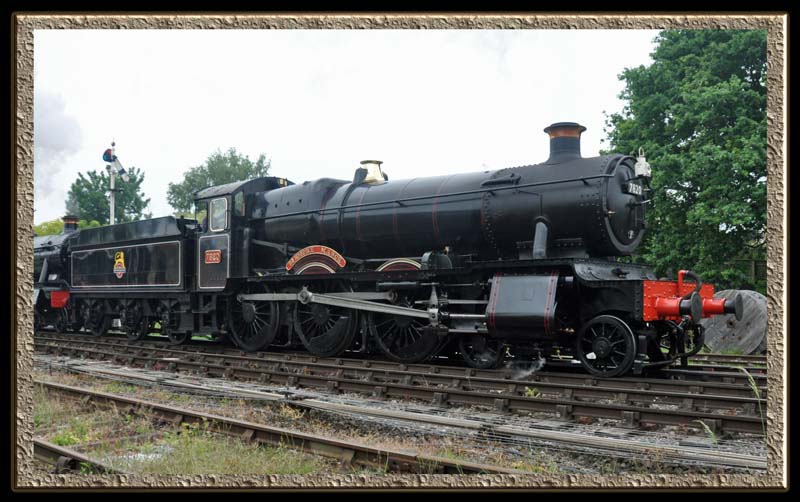 Some more of my photographs of the gala can be found on my website here.