The most popular page on my website, the Dragon Sanctuary, is the one about the City of London Boundary Dragons, so I thought it was time there was a post about them.

Before we start, it is important to remember that the City of London and London the capital city of the UK are not quite the same thing, although geographically they occupy the same place. London has two cities within it, the City of Westminster and the City of London. Often just called “The City” or “The Square Mile” the City of London is mainly the original Roman walled city, plus a bit extra as the city expanded over the centuries. It is administered by the Corporation of London and has its own police force which is a separate authority independent of the Metropolitan Police who are responsible for the rest of London.

The boundaries of the City of London are marked by short black posts each carrying the City’s coat of arms. But at ten locations around the City the boundary is marked by a silver dragon holding the crest of the City. How this came about is an interesting story. 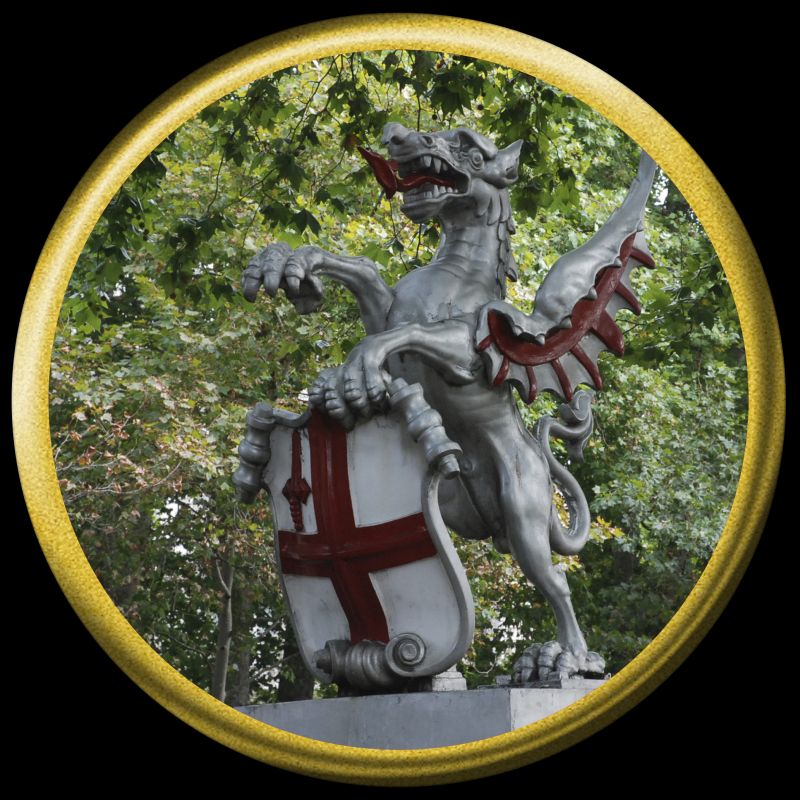 It starts with two large dragon sculptures that were at the entrance to the Coal Exchange building in Lower Thames Street that was built in 1849 to replace an earlier building. When this building was demolished in 1963 the two dragons were saved and placed on plinths on either side of the Victoria Embankment to mark the boundary between the City of London and the City of Westminster. 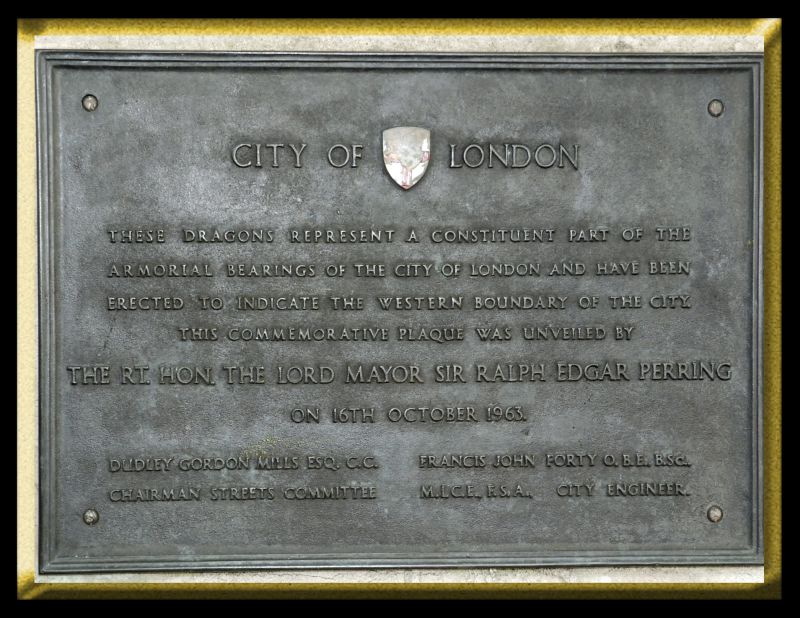 In 1964 the Corporation of London’s Streets Committee decided that other boundaries of the City of London would be marked with statues of dragons and the dragons from the 1849 Coal Exchange were chosen as the model for the statues. There was another candidate to be the model for the dragons and this is the one that can be seen at Temple Bar, he marks another boundary between the City of London and the City of Westminster, this dragon is a totally different breed and looks much more fierce. 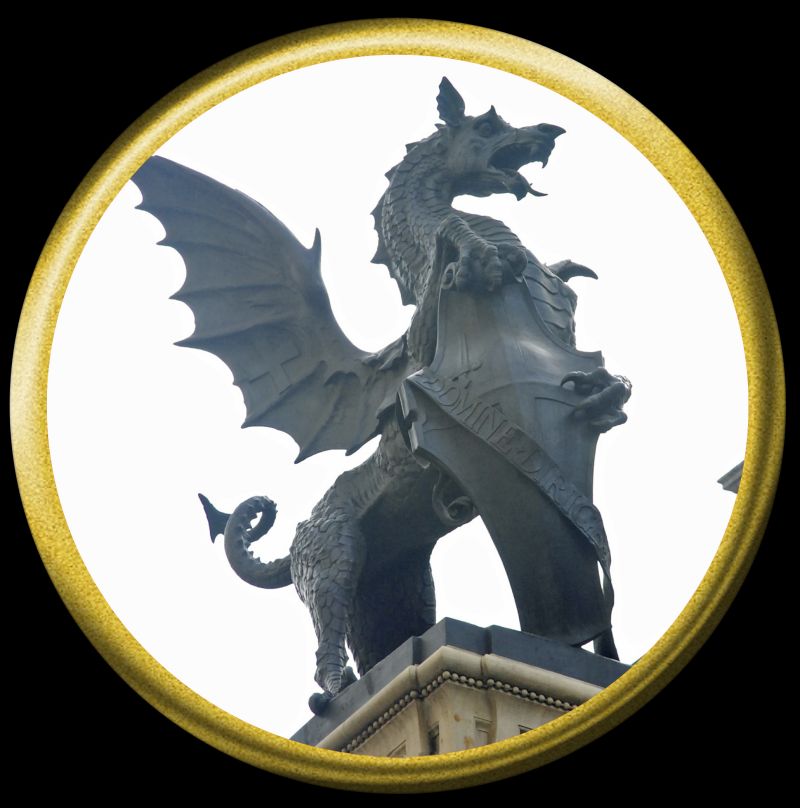 A point to remember is that as guardians or gatekeepers of the City all the dragons face outwards, so if the dragon is looking at you, you’re outside the City, if he has his back to you, you’re inside the City.
Curiously, at London Bridge and Holbon there are two dragons, all the other locations, except the Embankment where the originals live, have only one. 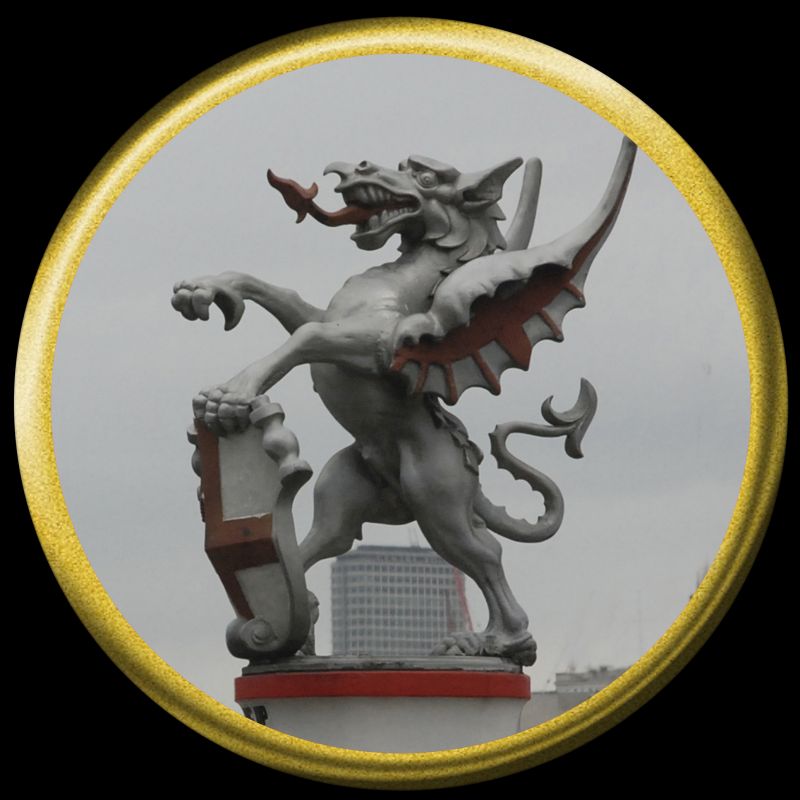 In 2009 I went on a Dragon Search and visited each of the ten locations to photograph the dragons. You can see the pictures here.