The hilltop at Old Sarum is one of the more important ancient monuments that are to be found on Salisbury plain, it’s not as well known or famous as its neighbour Stonehenge and probably doesn’t get as many visitors but

those who do visit will find it a worthwhile experience.

The hilltop shows evidence of a Neolithic settlement as early as 3000 BC and that later on the site was occupied by early hunters and a farming community.

The site has visible evidence of multiple usage over the centuries. The Iron Age Hillfort was first started in 400 BC and the large impressive ramparts separated by a ditch that surrounded the original Iron Age Hillfort are still very much evident today. Indeed, the entrance to the site is through the original gateway to the Hillfort, so the car park is located inside the fort.. The height of the ramparts was raised in either the late Iron Age or early Roman period. 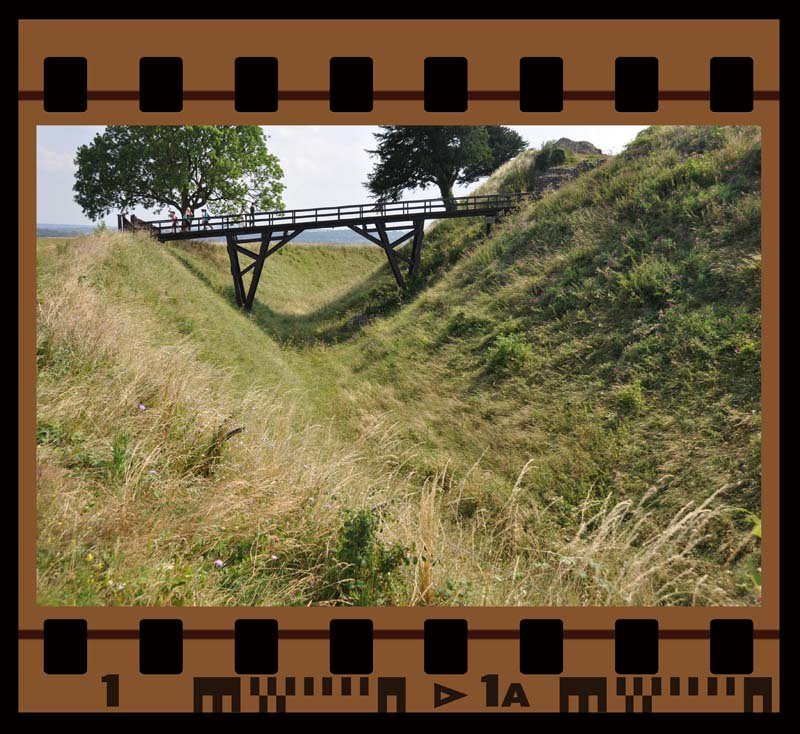 Once you’ve parked your car and start to walk towards the centre of the Hillfort you soon come to a large wooden bridge which spans another huge ditch and leads up onto another mound. This is the site of a medieval castle that was built sometime around 1070 by William the Conqueror who in 1086 gathered to the castle all the powerful men of England to take part and witness a ceremony to assert his royal authority. 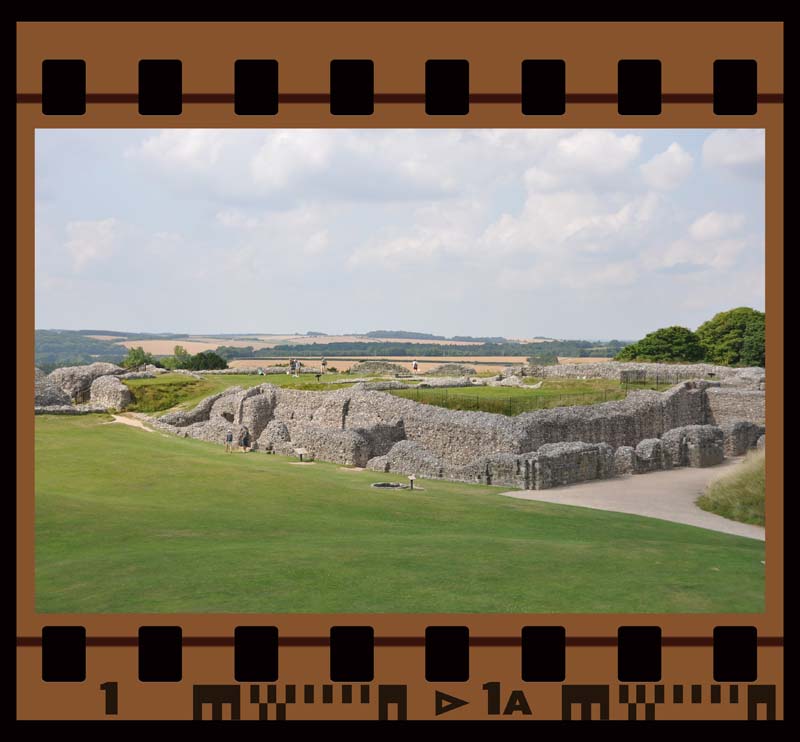 Building the castle inside the old earthworks created a second set of fortifications that contained a complex of towers, halls and apartments the ruins of which can be explored today. 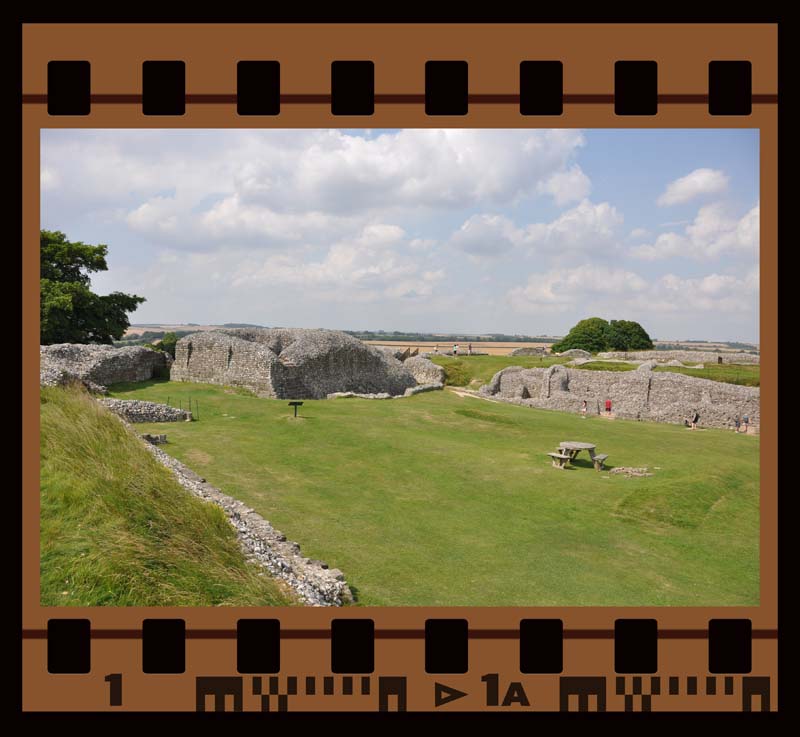 But there is yet more to explore on this site. Stand on the top of the castle’s ramparts and look down onto what was originally the Iron Age Hillfort, but had by then become the outer bailey of the castle, and you will see the outline of a cathedral, this is Salisbury’s first cathedral which was consecrated in 1092, and damaged in a storm a few days later! Later on it was extended on a massive scale. The outlines of the original and extended cathedrals can be seen today. 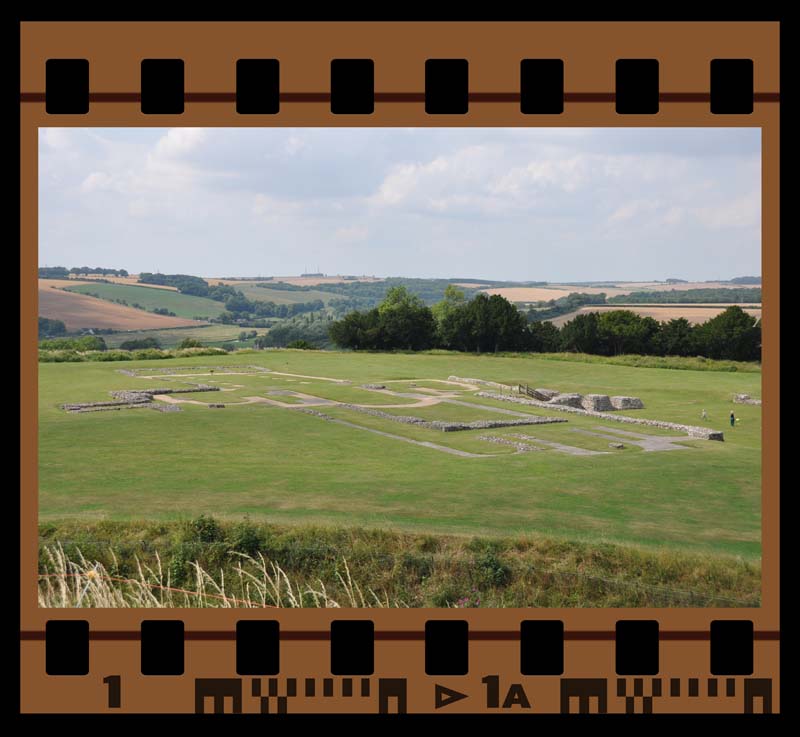 In 1220 the foundations were laid for a new cathedral in Salisbury an event that marked the end for the old cathedral which was demolished and many of its stones were used in the construction of the new cathedral. 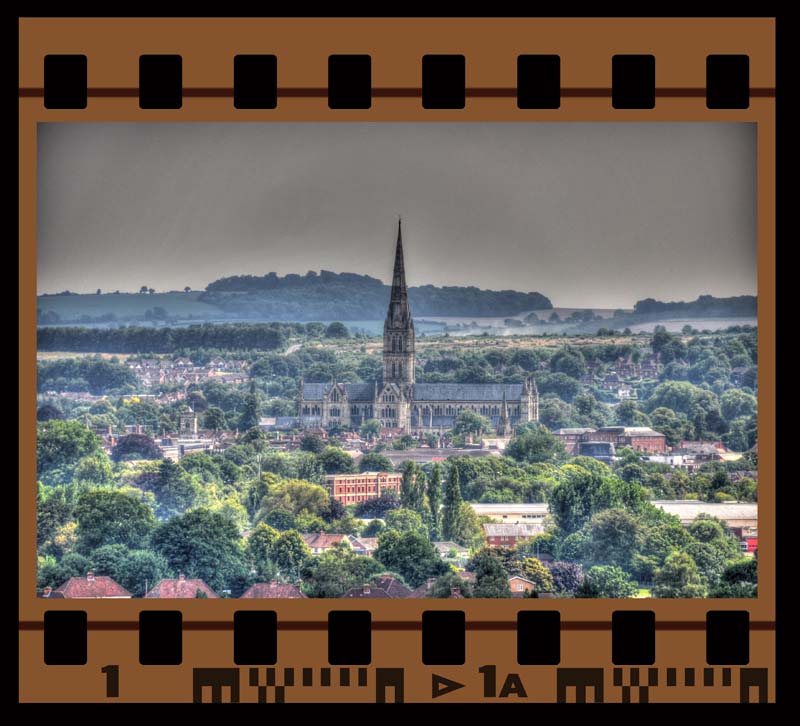 The abandonment and demolition of the old cathedral also marked the end of any serious royal interest in the castle. The castle did however remain in use until 1322 when Edward II ordered its demolition. 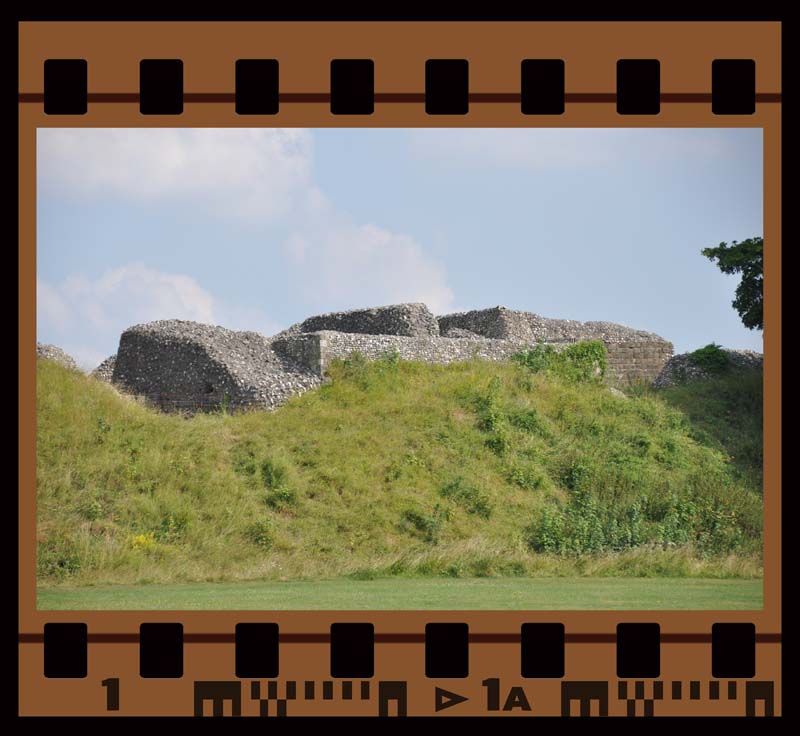 More photographs of my visit to Old Sarum can be found here.