The Docklands Light Railway was opened in 1987 to serve the old London docklands area that was being redeveloped. Originally the DLR had two routes, Tower Gateway station on the edge of the City of London to Stratford and Island Gardens. With the continued development of docklands as one of London’s major financial centres the DLR’s popularity grew to the point where the limited routes were no longer able to provide the transport requirements of the area. 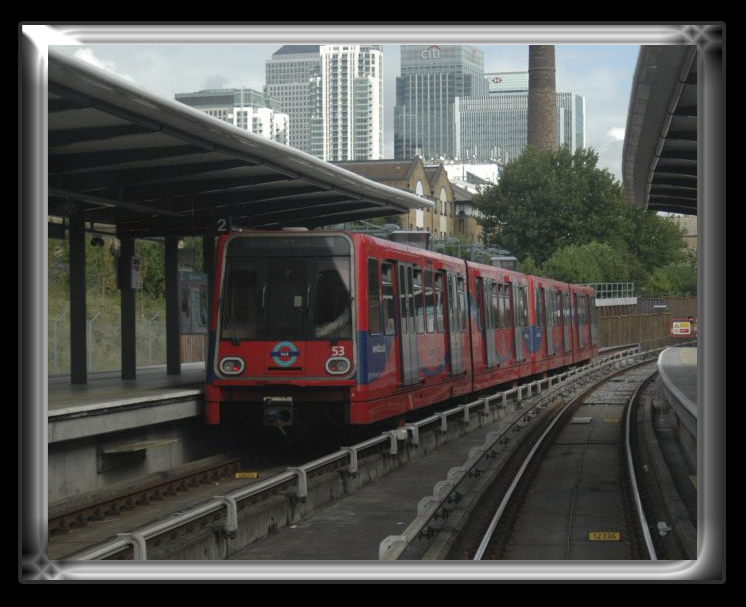 Much of the original DLR route was built using abandoned railway viaducts and new concrete viaducts it also took over the trackbed of several disused surface railway routes, the line now has a few underground sections such as Bank and where it crosses the river Thames between Island Gardens and Cutty Sark. 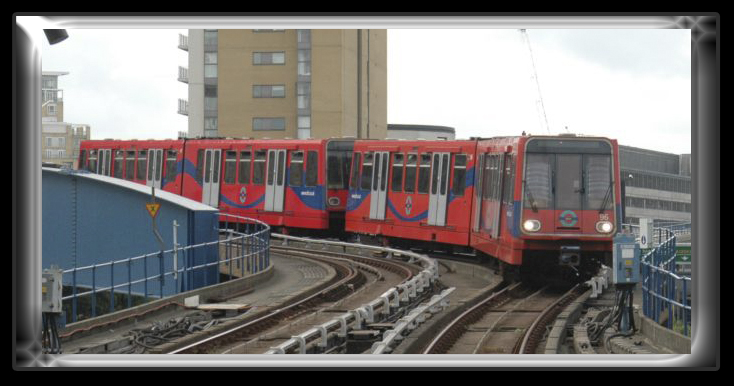 The line has become so successful that the original single car trains were inadequate for the number of passengers it was carrying so the trains were lengthened to three cars which necessitated strengthening work to be done on some of the viaducts and extensions to many of the station platforms. At some of the stations their location and/or the proximity of other buildings made extending the platforms impossible, the DLR trains are fitted with a selective door opening system so that the doors are not opened on cars that are not alongside a platform.

When travelling on the DLR the most obvious thing that new passengers notice is that the trains have no drivers, the whole of the DLR system operates automatically and are controlled by computer. Each train does have a member of staff originally known by the rather grand title of “Train Captain”, but now have the rather boring and utilitarian title of “Passenger Service Agent”, on board to open and close the doors, check tickets, make announcements and patrol the train. In the event of an emergency the PSA can take control of the train by using the manual controls which are located in a locked box in the front, and rear, car of each train.

The lack of a driver means that if you sit at the very front, or rear, of the train you get an excellent “drivers eye view” of your journey. 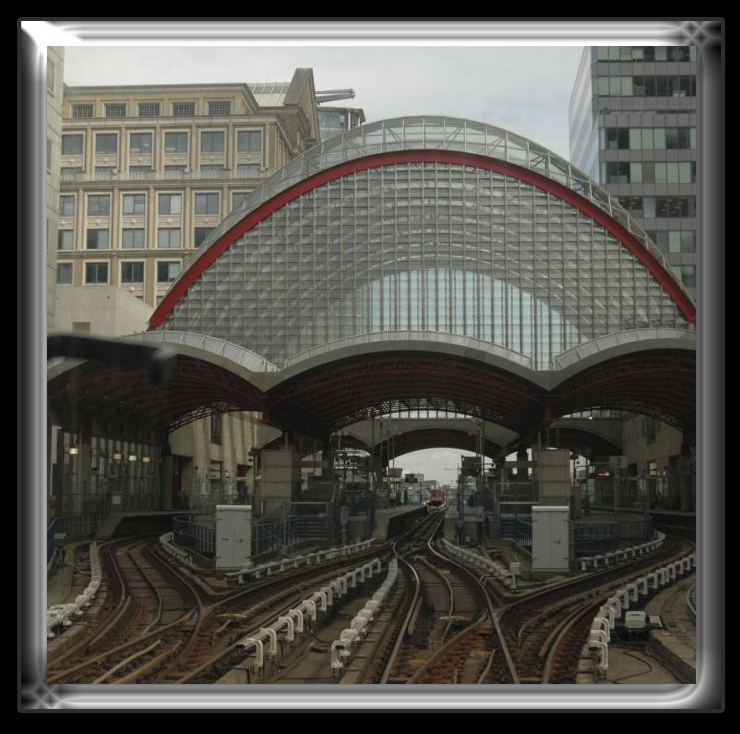 In 2009 a group of friends and I spent a day traveling over the entire DLR system some of the photos I took during that visit can be seen here. In 2011 a new section of the line was opened between Stratford and Canning Town and perhaps one day I’ll revisit the DLR and travel over this section.