How far should we go in explaining our photographs?
It’s one thing to caption a straightforward photo like “6023 King Edward II at Didcot Railway Centre” such a photograph is what it is, 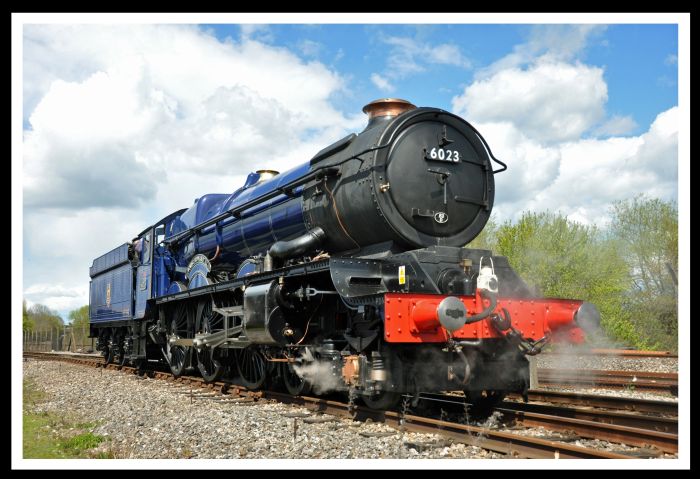 but should we give any words of explanation to our more abstract or creative efforts?

After all, we know what we had in mind when we created the image so should we enforce this on the viewer, or should we let them find their own interpretation of the image?   There are creative images that are perhaps best left for the viewer to find their own interpretation if they wish to find one, some viewers will possibly just look at the image for what it is and not seek any interpretation or meaning in it. Sometimes the viewer will come up with a completely different idea of what an image is about, other times they will get completely the wrong idea of what the image is about because they lack knowledge of the subject.

One of my creative images that is regularly misunderstood is this Tetris game based image of Battersea power station.  Most comment that the hi-score is very low, but they miss the point.  The game is at Level 2 because while it looks like one building the power station is really two power stations built to the same design but constructed several years apart. Battersea A is on the right of the picture and Battersea B, built as a mirror image of Battersea A,  is on the left. The hi-score of 1983 refers to the date both power stations closed down.  The Tetris game is in progress because at the time I created the image several plans and schemes had been put forward for what to do with the power station but none of the schemes had come to anything so all the pieces had not yet fallen into place.

Battersea power station is a grade II listed building and the largest brick built structure in Europe from the outside it looks huge and impressive building, but to appreciate its vast scale you need to see it from the inside.  In 2013 as part of the Open House London programme the building was open to the public and I was one of those fortunate enough to be able to go inside, and even as a derelict shell the sheer scale of the  building was  amazing. You can see some of my photographs of the interior here, along with a larger version of the Tetris image.  Battersea Power station.

(The Tetris image was created using the Puzzles and Tablet frames actions from the PanosFX website.)